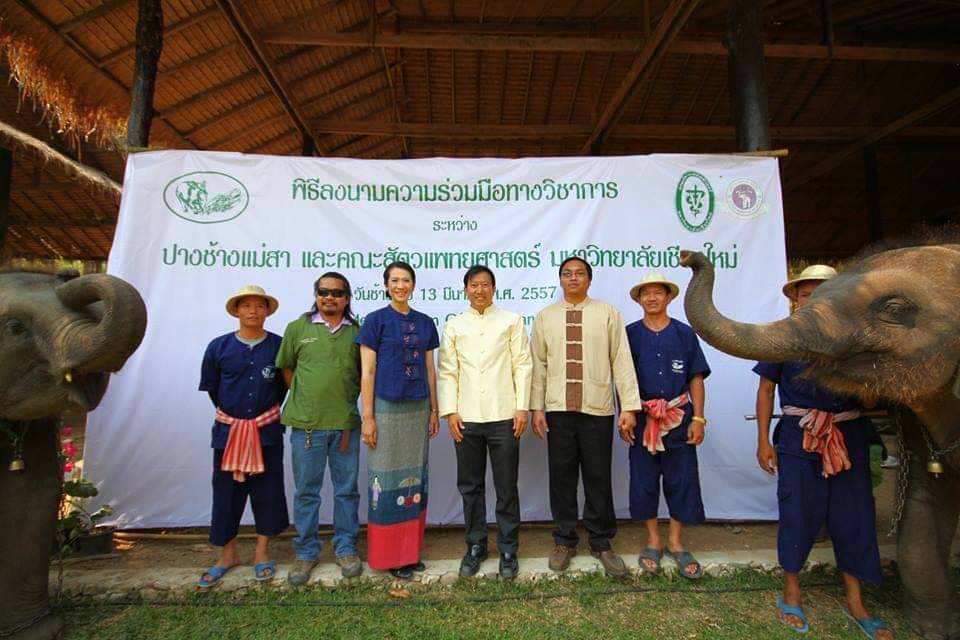 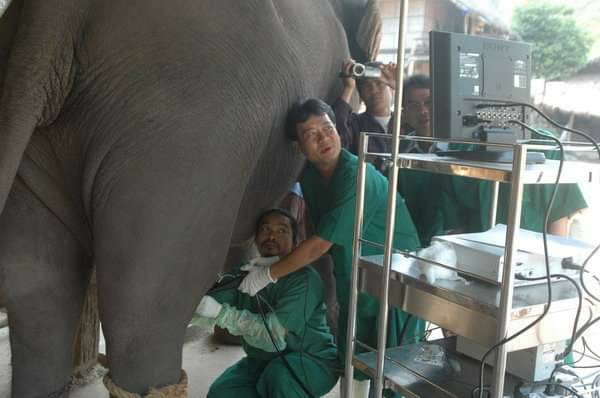 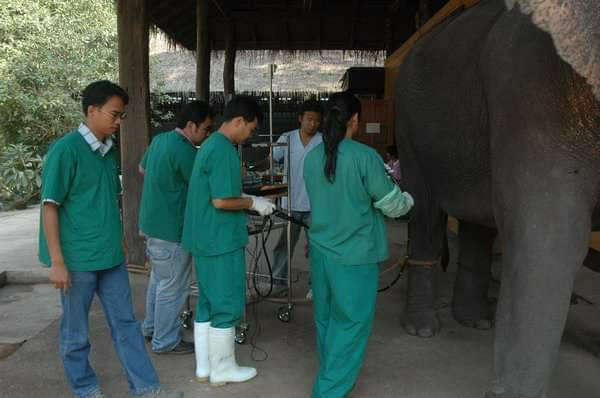 The Elephant Conservation Foundation was founded by Mrs.Anchalee Kalmapijit, on March 13th, 2011.  This was a particularly auspicious day to begin, as it was Thai National Elephant Day.

The foundation went on to become active in two major research projects.  Firstly, it provided funding to the Faculty of Veterinary Medicine at Chiangmai University, for their research into Elephant Endotheliotropic Herpes Virus (EEHV).   EEHV is a type of herpes virus, which can cause a highly fatal hemorrhagic disease when transmitted to young Asian elephants. The disease kills up to 80% of severely affected individuals.  It can be treated with the rapid application of antiviral drugs, but this has only been effective in around a third of cases.  The Faculty’s research remains ongoing.

The second vital project, with which the foundation became involved, was that of Artificial Insemination (AI).   The foundation helped, through Maesa Elephant Camp, with the provision of fresh and frozen elephant semen, for the research teams of the Faculties of Veterinary Medicine at Kasetsart and Chiangmai Universities, as well as the Thai Elephant Conservation Center, Lampang.  It was hoped that this research, if successful, would be of help by increasing the numbers of Asian elephants in the region.  The Elephant Conservation Foundation, and Maesa Elephant Camp, no longer contribute, to this research program.

At present, the Foundation is currently helping to provide funding for Maesa Elephant Camp in its transition from elephant rides and tourist show, to becoming a chain-free, saddle off facility. The aim is to provide a similar environment to Elephant Nature Park, which has provided much assistance in achieving this goal.  Maesa Elephant Camp will eventually have an education center, animal hospital,  mahout training center,  exhibition hall, and a dog and cat rescue center, as well as the elephants roaming free.  One third of the camps elephants have already been relocated to The Chang Chiang Mai, formerly the Thai Elephant Care Center, and owned by Maesa Elephant Camp.  It is a long term project that the foundation will continue to fund.